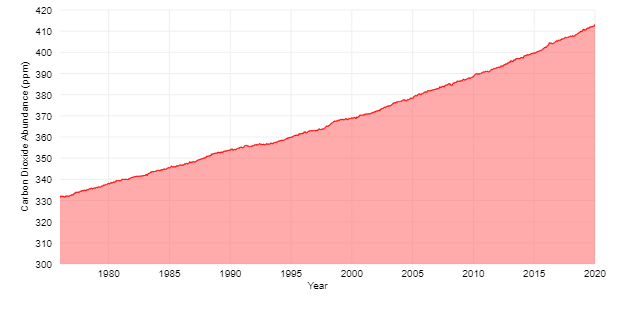 “We’re running the most dangerous experiment in history right now, which is to see how much carbon dioxide the atmosphere… can handle before there is an environmental catastrophe.” ~Elon Musk

Earth’s atmosphere is resilient to a lot of changes that humans have imposed on it. The addition of carbon dioxide is one of them. Once this gas enters the atmosphere, it remains there for a long time: approximately between 300 – 1,000 years, not months!

According to the reports, carbon dioxide concentration in the Earth’s atmosphere is currently 412 parts per million and is continuously rising. With this increase of carbon emissions associated with human activities, primarily the burning of fossil fuels.

To reduce the emission of this pollutant, different strategies have been implemented or theorized. Setting a carbon price being one of them. This is a market-based strategy to lower global warming. By setting a price on carbon many believe it would help to shift the burden back to the responsible industries. A funny fact is, when carbon emissions cost industries money, they tend to produce less of it.

How is a carbon price related to waste?

The carbon price is set and applied to polluters to incentivize them to reduce the amount of carbon they release into the air we breathe. This method is considered an effective way to make the air less toxic. There seems to be two different methods usually adopted; one is levying the tax on fossil fuels and the other is the quota system called Cap & Trade.

With waste playing a significant role in the emission process. The amount of carbon emitted in the atmosphere depends on how wasteful and or how industry manages their production processes. Industrial and domestic waste are equally responsible for greenhouse gas emissions.

We need to combine the efforts of science, technology and business practices to produce a more environmentally friendly waste management system. The emission of toxic gases must be dealt with on an emergency basis or this planet could become uninhabitable.

Our collective mission should be to protect future generations!