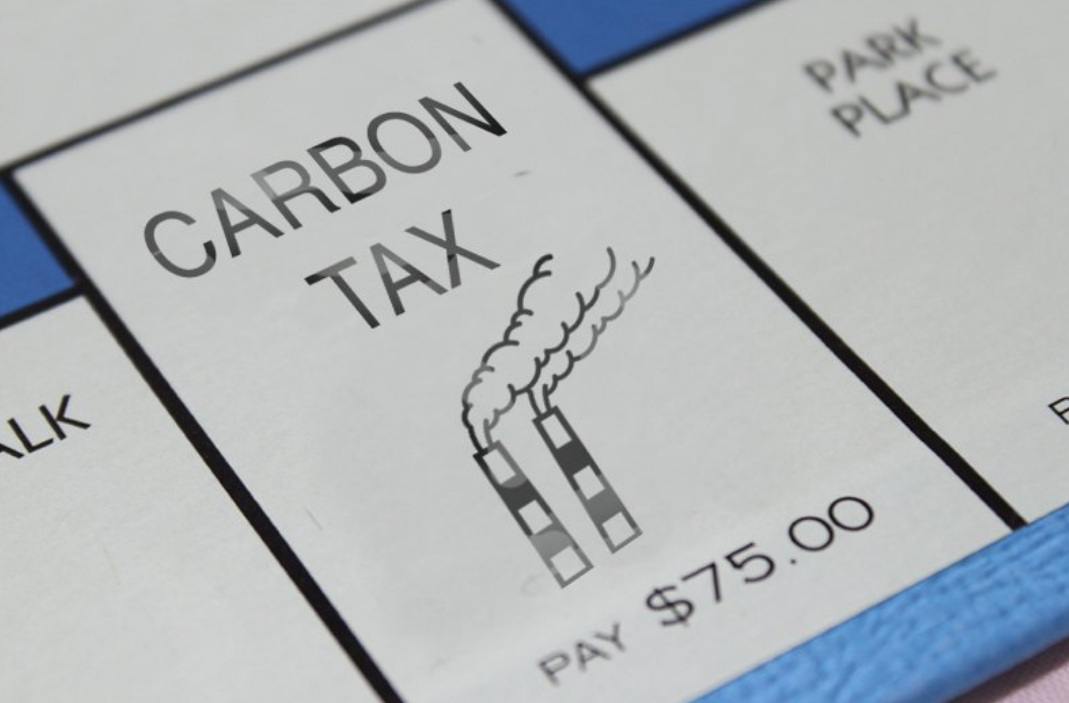 What should be priority number one for the United States?

Is it time for the USA to implement a Carbon tax? Many believe a Carbon tax policy is considered an effective and result-oriented strategy to reduce emission levels rapidly with renewable energy use at the domestic level.

Science has helped humanity immensely by protecting the environment with discoveries. Over the last decade, countries have collectively pledged to combat global warming. To make our world safer, secure, prosperous for future generations, via the singing of the Paris Climate Accord, to limit our global warming exposure. This agreement has put equal responsibility on all countries, whether rich or poor.

The best tax would be a carbon tax because it is not levied upon production; it is imposed based upon emission. All of these would be good for humanity and have a positive impact on the economy. It would be a tax on carbon dioxide, methane, and other toxic greenhouse gases. Emissions are those that are in the atmosphere – the gas mainly emitted by human activity.

How High Are the Benefits?

The study’s main conclusion is that we need to make sure the policy is compatible with economic policy. The study finds that there is a limit to how low carbon emission can go. Above that, there will be adverse effects. Below that, there is no effect at all. Below that is a point of no return.

There would be a financial cost to firms that own assets linked to dirty power. With carbon taxes being a hot topic for governments in Europe and Congress, special sessions of Congress have been called for in November. The United States government intends to raise taxes to include a carbon tax or will seek alternative steps to move forward for a greener economy.

One of the problems is that the fossil fuel economy is not growing as elected officials would have thought, which needs to change sooner than later. This is an economy of high inflation, low to zero interest rates, and high unemployment. This report shows, unless there is a new direction in the current way of thinking and more policy mandates instituted, then it will become very costly for companies in the long run to do business.

What would happen if there was a carbon tax?

Firstly, it would change the cost of energy. There would be a carbon tax on fuel and industry, which would cause a fall in demand for fossil fuel energy and some forms of driving. New clean technologies would reduce the costs of energy and industry overall. These new “green” technologies would be available in time to offset any rise in energy prices or any economic effects of a carbon tax.

If the tax were to be introduced and led to a fall in carbon emissions, this would reduce fossil fuel use and demand. As the report explains, “the economy has responded to environmental regulation in both directions by reducing the demand for energy and industry and increasing the demand for energy and clean technologies.” Therefore, in the report, “the carbon price is a double-whammy for polluters and a boom for clean technologies.”

As the report explains, the costs associated with carbon taxes are not borne by the industry. In the information, “the revenues are used by governments to increase the budget for green technology R&D, and these funds would then release low-carbon technologies, including advanced vehicles, clean technologies R&D and clean infrastructure investments.” A carbon tax has implications for high carbon technologies, as this money will not be available to develop more traditional technologies but to develop new energy-efficient, cleaner technologies. However, the document notes that this money will have to be paid by companies.

There is also the issue of financing for clean technologies. If governments would “commit to a multi-annual target, many banks would be willing to finance the projects. The World Bank has recently stated that “We see a lot of innovation in how companies are financing new green projects.” If companies can get the financing right, they could expect future funding for what may now be considered high-risk projects.”

With additional funding for clean technologies R&D, the bank would be prepared to finance projects with a long future, and multi-annual targets set by governments would mean more significant amounts of finance to fund carbon offset projects.

The World Bank released a report in December 2011 that states, “the challenge for the next few years will be to improve financial inclusion in developing countries. It will require a coordinated effort and the creativity to find the appropriate financial mechanisms that will get developing countries moving in the right direction.” The bank will now be able to assess the progress of this work and be in a position to decide on developing clean technologies or newer innovative technologies.

There is an appetite for the World Bank to fund all kinds of clean energy technologies. With the money pumped into new technologies, funding projects with a long-term future is exciting. It will require the bank’s creativity to support technologies with good prospects for additional future funding.

Sign up for our newsletter, and keep in touch for our collaborative partnerships projects to reduce toxic emissions in a city near you!